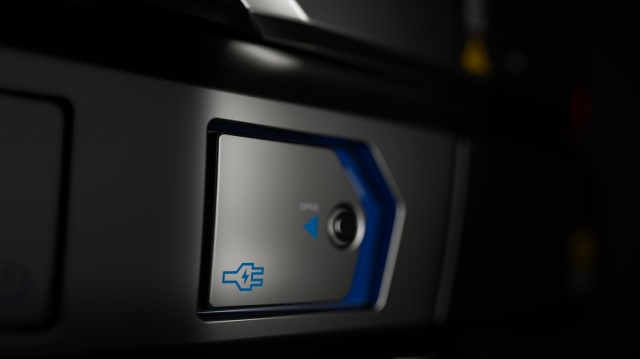 The new products launched at bauma 2019 by Hidromek are the HMK 62SS, HMK 102S Supra and HMK 102B Alpha Greentec backhoe loaders.

By changing the diameter of hydraulic cylinders, tubes and bars, the working speed of H4 Series has been increased. The power boost and the maximum hydraulic system pressure have been improved, which has led to a faster, more productive and more efficient machine. The HMK 145 LC SR, with its sharp and dynamic lines, is an urban excavator designed to work with power and precision in urban areas and narrow spaces, thereby lessening the risk of damage and improving safety. The HİCON 7W is a city excavator with an electric engine and a battery. HMK 110 CS and HMK 130 CS soil compactors can be used in many applications such as utilities, road construction works and construction site preparation of large residential areas, providing high levels of durability with their strong chassis. The HMK 635 WL wheel loader has high engine power, performance and features enabling it to be used in heavy working conditions. HMK 635 WL gives particular importance to comfort and high safety with an ergonomic operator cabin having ROPS/FOPS certification.

Hidromek was founded in Ankara, Turkey, in 1978. Backhoe loaders, hydraulic excavators, wheel loaders, motor graders and soil compactors are manufactured at its six production facilities: four factories in Ankara, one factory in Izmir and one factory in Thailand. Hidromek works with international authorised dealers and also provides sales and after sales services through its centres such as Hidromek West, Hidromek Russian, Hidromek Japan and Hidromek Thailand.