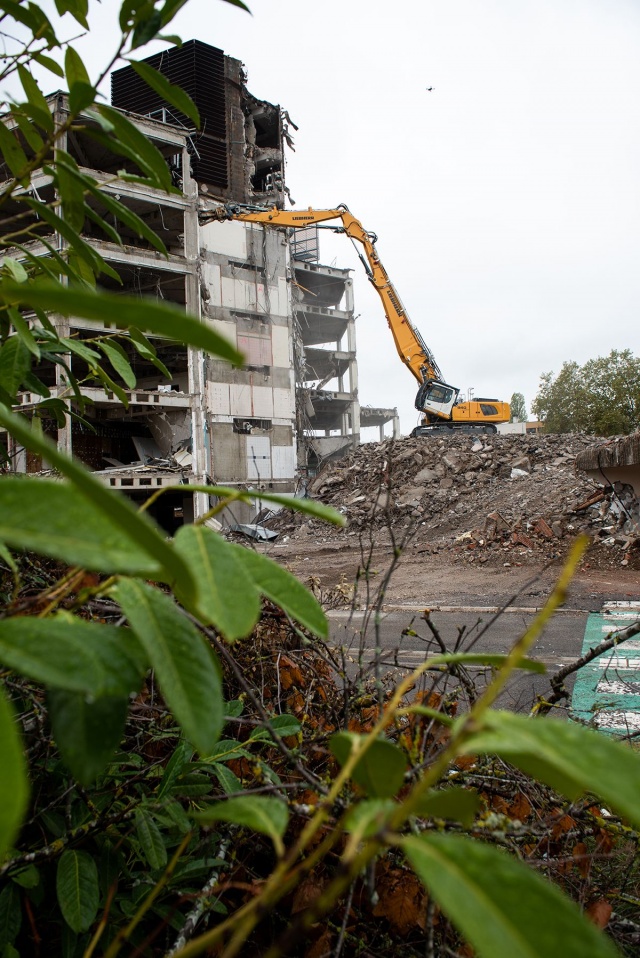 Liebherr-France SAS development and production has launched a successor to the R 944 C, the R 940 Demolition, which complements its product range that already includes the R 950 Demolition and the R 960 Demolition.

Liebherr has more than 50 years of experience in the development and production of demolition excavators, with the company stating that its demolition excavators have set new standards in terms of efficiency and profitability. Thanks to the wide range of models and equipment, a machine is said to be available for every application, with the new R 940 Demolition complementing the existing range of R 950 and R 960 demolition excavators.  Equipped with a Liebherr engine, which complies with exhaust emissions standard Stage V, an output of 200kW is reached. It also features a diesel oxidation catalyst (DOC), SCR system, particulate filter and does not have an EGR valve, thus ensuring lower fuel consumption and higher productivity. The machine is also available in a Tier 4 Final version for less regulated markets with a corresponding engine.

The Liebherr ‘Demolition Control System’ (LDC), which received the Intermat Innovation Award, shows the driver the position of the demolition tool, thus ensuring the stability of the excavator. In this way, it has been possible to reduce to a minimum the probability of an operating error that could impair the stability of the machine. With the active safety components of the LDC, the driver has real time information in the field of vision on the tilt angle of the machine and the tool position. If a critical value is exceeded, the LDC automatically triggers electronic range information. The safety system also informs the driver about every movement of the equipment which could impact the stability of the excavator.

Equipment adapted to the application

Like the other representatives in the range, the R 940 Demolition also features optimal properties for selective deconstruction. Apart from the LDC, a 30° tiltable cab ensures an optimal view of the working area. The hydraulically adjustable undercarriage with variable track gauge facilitates transport and the counterweight can be removed. A cab air filtration system for a healthy work environment and a spray system for reducing dust in the working area are available as optional equipment. The machine may also be equipped with an air compressor for cleaning the radiator and cab.