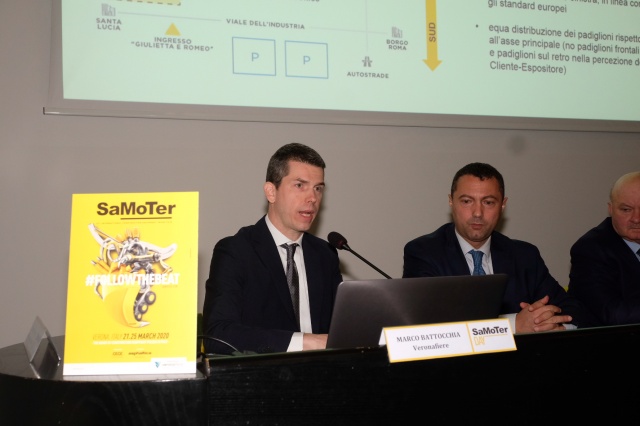 The record result in 2018 was driven by a combination of several factors, including investment in construction on a global scale in excess of €7,150B. This is highlighted by data provide by Prometeia for SaMoTer Outlook 2019, which was presented at Veronafiere during the 5th  SaMoTer Day. The event is one of the stages in the run up to the 31st SaMoTer, the international construction equipment trade fair scheduled to be held at Veronafiere 21-25 March 2020.

2018 saw improved investment in earth moving. In most parts of the world, the market posted two figure growth, attaining new historical peaks in the United States (+36%), India (+48%), China (+35%) and the rest of the world (+20%). North America and China were the driving forces behind almost two thirds of overall growth, with a combined market share of 50%, followed by Western Europe (18%) and India (7%).

Western Europe, with a growth rate of just 3% and 182,000 machines sold, experienced a slowdown, seeing a reduction of more than 3% compared to 2017. The market leader for sales is Germany (23%), closely followed by the United Kingdom (22%). In Central and Eastern Europe, Russia and Poland are the biggest markets, respectively representing 42% and 18% of market share. An evident downturn in growth in construction in France and the United Kingdom has affected the figures, with Italy experiencing growth of 2.3% in total construction and 3.4% in residential construction.

A significant trend is emerging in mature markets highlighting a shift towards ‘light equipment’. Light equipment, is also progressively becoming more significant in the Chinese market, with demand for mini excavators being almost 20% of the total, up from 10% in 2010. Global investment in the construction sector came to more than €7,000B, posting growth of 2.6%:  a positive result but lower than the 3.3% figure achieved in 2017.  India has established itself as a dynamic market, with 8.3% growth for total construction investment and 7.4% for residential construction.

The prospects for construction in 2019-2021 indicate moderate growth in 2019, with a gradual recovery starting from 2020. In Western Europe, the trend towards slower rates of expansion should prevail, while favourable prospects are more evident for countries in Central Europe. However, the Turkish market will still experience difficulties in 2019, not the least because of political tensions and uncertainties linked with investments. Broadening the horizon on a global scale, India is set to confirm its role as a driving force.

Prospects are more positive globally with estimated growth for 2020 and 2021, in particular, being 7% for both years. According to Prometeia, 2019 will however be a year of adjustment for the global earthmoving machinery market.