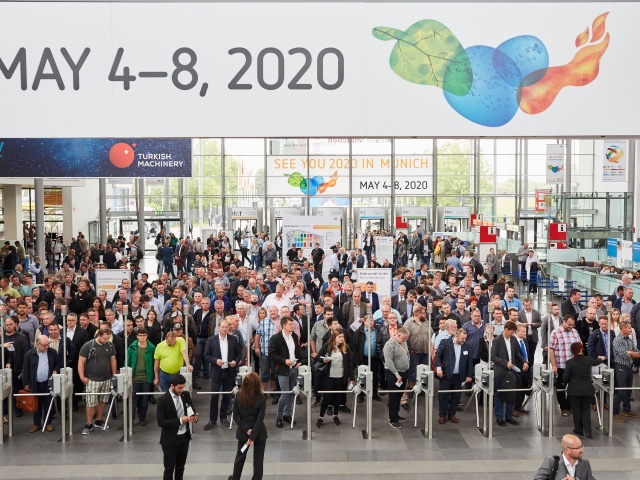 Never have the first six months of a year been so empty of demolition, concrete cutting, construction and recycling exhibitions and conferences. Instead September and October are now set to be packed with shows and conferences all over the world, with organisers hoping they don’t need to change dates again.

Like all other industries, the global construction and civil engineering industry is highly dependent on different types of meeting places to be able to develop and exchange ideas, products and services. The curtailment of these trade fairs and conferences has hit the global market and economy hard, with the Corona crisis directly leading to the postponement of such events. However, the year started off well with World of Concrete in Las Vegas proceeding as planned.

A week after WOC, the United States Demolition Association, NDA, organised its annual conference and trade show, this time in Austin, Texas. PDi and PDa were represented with a booth. However, people had returned home before the effects of the real outbreak of the virus in China were felt. A couple of weeks later, it was time for this year's largest global show, Conexpo/Conagg, again in Las Vegas.

Rumours were heard that the show would be cancelled or postponed, but many exhibitors were in place and ready to exhibit. By now the infection had arrived in Europe and many exhibitors and visitors chose to go home earlier than planned. However, not everyone succeeded and we have heard many stories of people who had to rebook their tickets through other countries at a significantly increased cost, both for the ticket price and extra nights in hotels.

PDi Magazine's editor, Andrei Bushmarin, who lives in Saint Petersburg, Russia, managed to return home early via Helsinki. Russia had closed its airspace and was about to close its borders. However, Andrei managed to catch the high speed train from Helsinki to Saint Petersburg at the 11th hour, just before the border closed. After Conexpo/Conagg had finished, virtually all trade fairs and conferences had been cancelled or postponed. The reason: Covid-19, of course. Here follows a short review of changes related to the construction and civil engineering industry.

The German diamond tool and concrete cutting show was to be held in Willingen in Germany at the end of March. The International Trade Association IACDS would have held its annual meeting in conjunction with the Bebosa fair as well as celebrating its 25th anniversary. Both are now cancelled. IACDS now plans to hold its annual meeting and anniversary celebration in conjunction with the DEMCON show in Stockholm, 24-25 September 2020.

Several trade shows are changing their dates, with the Italian fair SaMoTer, now set to be held 21-25 October 2020. IFAT in Munich, Germany, has been moved to 7-11 September, 2020 and Hillhead in UK will take place 22-24 June, 2021. The APEX show in Maastricht has been postponed from June to September and the Concrete Show in the UK has been put back to 6-7 October, 2020. The European Demolition Association is now set to hold its annual convention 4-6 June 2020 in Belgrade, Serbia, but this is dependent on the Corona virus.

These are just a few examples of how devastating the spread of a pandemic can be for everyone's business. What we can now hope for is that the outbreak starts to ease off. Some researchers and experts predict that we may have passed the worst sometime by the end of May and that most things will start up again during the summer. However, some experts warn that the virus may come back again in the autumn, perhaps not to the same extent as now though. The industry can only but hope that this will not happen, as more fairs are a risk of being moved to 2021.

The question, however, is whether small businesses, such as bars, restaurants and hotels that depend on visitors, will still be in business. In order to slow down the spread of infection, most people in the world have had to curtail social activities, with the hospitality industry being the most affected.

But life must go on. It is dangerous for the entire business community if everyone pulls the emergency brake and the sales of goods and services are wiped out because of fear. Unless the trade in goods and services starts as soon as possible, and are also is maintained, a business cycle that was relatively good just a month ago may fall back to levels not experienced since the depression in the 1920s. Today things are different, as it is not an economic crisis but the result of the spread of Covid-19, but if this continues, we will have an economic crisis that we may take many years to come out of.