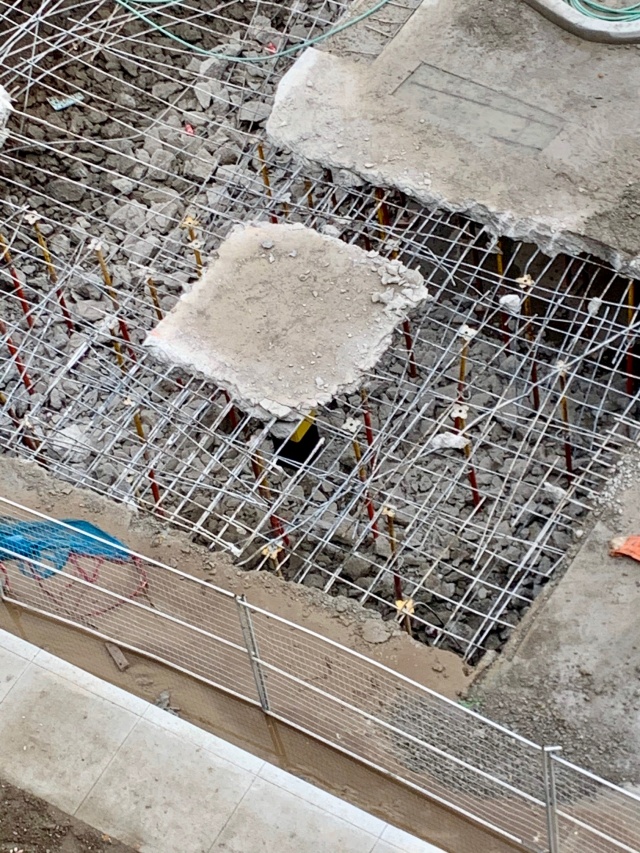 With more than 60 years in the property management industry, Drewlo Holdings has a knack for providing the high quality accommodation tenants want. In southwestern Ontario, the family owned company is synonymous with upscale apartment living, boasting more than 9,600 units throughout the area.

Investing in proactive maintenance is an important part of Drewlo’s commitment to quality. Along with ensuring all facilities meet current safety guidelines, the approach allows the company to plan ahead when larger repair projects are needed to minimise the impact on tenants and staff.

With a number of its parking structures needing repair, Drewlo tasked the maintenance and special projects department with developing a renovation plan. The team identified about 80 structures, the majority of which were one or two level above ground parkades. The list also included about 15 underground garages. Build-up of chloride ions from road salt and decades of wear and tear meant some of the older structures required significant repairs, in some cases removal of as much as 60% of the existing concrete. “There was a lot of variability from structure to structure,” says Robert Reynolds, Drewlo’s special projects manager. “Each site presented its own challenges as well as the overall logistical hurdles that come with a project of this magnitude.”

First and foremost, Reynolds and his team had to contend with the hefty price tag that comes with such a large project. With an estimated average removal of 1,393.5 m2 on the smaller above ground structures and 4,645.2 m2 for the larger underground garages, minimising costs would be critical. Tackling the project the traditional way - a large workforce with handheld equipment - went against the company’s policy of innovative, highly specialised crews. And with the project expected to take 15 years to complete, the approach would prove very expensive. Jackhammers were also problematic, as crews would have to replace rebar at a cost of tens of thousands of euros per structure.

After discussing the situation with Aquajet team members at a trade show, Drewlo decided hydrodemolition provided an innovative solution that would minimise overhead costs and provide a safer, less physical alternative for employees. The impact free process would save Drewlo an estimated €30,000 per structure without the risk of creating micro fractures in the remaining concrete. It would also greatly reduce crew requirements, allowing Drewlo to work fast while keeping its team small.

These considerations led Drewlo to invest in an Aquajet Aqua Cutter 710V with Rotolance 1000 attachment and Power Pack 700. Using the Rotolance 1000 attachment, Drewlo crews can maximise removal in less damaged areas by only taking off a shallow layer of concrete. The tool covers a surface diameter as wide as 360 mm and can provide production rates in excess of 1,139.4 m2/h. For structures with heavily damaged concrete, the team can remove up to a depth of 89mm.

Success in the short term

Working around tenants presented the final challenge to Drewlo’s team. The structures had to remain open for parking, while noise restrictions limited work hours to between 8am and 5pm when most tenants were out of the building. Vibrations also needed to be limited to maintain structural integrity since some structures were connected to the apartment towers and all were multi-level. Here again, hydrodemolition presented an ideal solution that exceeded the expectations of both crews and residents in terms of parking disruptions. “Hydrodemolition isn’t what a lot of tenants were picturing when we informed them of renovations,” Reynolds says. “There was the expected concern for noise, dust and restricted access. However, when we began removal with the Aquajet equipment, tenants were impressed by how quiet it was.”

Marcel Huard, construction supervisor and site foreman, was Drewlo’s first Aquajet certified operator. He learned on site as part of the commissioning of the new equipment. Huard is an industry veteran with 20 years of experience in concrete restoration. A second operator was recently added to the team, Fabio Baldinelli, who is a 19 year old construction apprentice just starting his career. “The hardest part is you have to have a feel for the concrete itself,” Reynolds says. “The robot does what it needs to within the set parameters, but it takes some skill to determine what those are. Yet both Marcel and Fabio were able to grasp the functions quickly. With the breadth of this project, we’re lucky to have an experienced manager and young professional involved to ensure quality all the way to the end.”

Three years into the project, Drewlo’s team has streamlined the renovation process. The crew stations the Aquajet Power Pack 700 high pressure pump that supplies water to the robot near a fire hydrant as close to the structure entrance as possible. To keep parking open for tenants, Drewlo sets up the renovation in four stages per structure. The crew erects netting and tarps around the active work area to minimise debris movement into active parts of the structure, while wastewater is collected using a sump system that allows it to settle before being passed through four fine filters and eventually released in the storm drain.

Depending on the structure, the concrete removal phase has taken no more than 45 days. Reynolds estimates hydrodemolition saves about 60% of the time compared to using a scarifier or other mechanical means, allowing the team to move on to subsequent tasks, such as pouring new concrete, that much faster.

As the renovation project continues, Drewlo hopes to train more operators and increase its fleet of Aquajet equipment. “Smart investments lead to long term success,” says Allan Drewlo, president of Drewlo Holdings. “Hiring the best talent and committing resources to professional development and the cutting edge tools that will take them even further ensures top notch service for our tenants for another 60 years.”