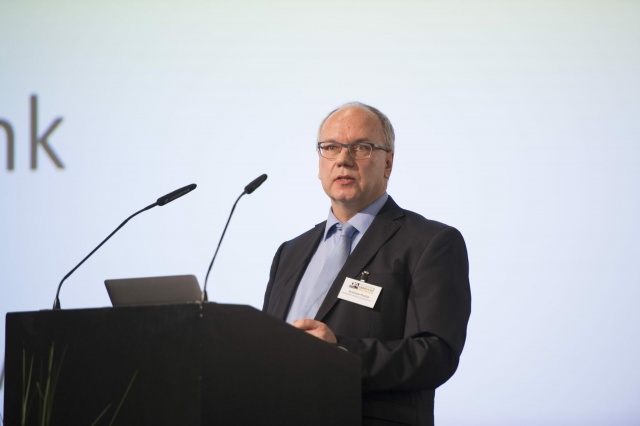 “At the end of the day, of course, it’s the decisions of the members which determine the course, too. But thanks to Mr. Pocha’s prudent management, we have been able to reach many important milestones in the development of our association in the last two decades,” says DA chairman Johann Ettengruber. This period has been deemed a ‘successful era’, which is reflected in the development of the association’s membership. Since Pocha began on 1 October, 2001, the number of members has more than doubled from 290 to the current 810.

Instead of just quantity of members, the focus has been on the ‘quality’, with members meeting strict admission criteria. Quality assurance and improvement in demolition has always been one of the main concerns of the DA, which has been significantly promoted during Pocha’s leadership. In recent years, the DA’s participation in the standardisation committees of DIN (DIN 18299, 18007, 18459) and the VDI committees (VDI 6210) has helped to standardise and improve technical standards in demolition.

Under Pocha’s aegis, the DA network further developed in a targeted manner. In addition to re-joining the European Demolition Association (EDA) in 2010, the Berlin office  opened in October 2018 in cooperation with the German Federation of the Demolition Industry (ZDB) to boost political communication. Being located in Berlin, the DA ensures that the demolition industry is able to network and exchange ideas alongside its connected exhibition. There, exhibitors and business people are able to meet.

The event, which was launched in 1995 by Dr. Dietrich Korth, was taken over by the DA in 2011 and, under Pocha’s direction, has developed into an annual highlight for the entire industry. In 2011 there were 411 participants and 47 exhibitors, whilst in 2020 it attracted well over 1,100 industry insiders and nearly 130 exhibiting companies from Germany and abroad. The Fachtagung Abbruch is now organised by DA Service GmbH, which was founded in 2017 and has been able to raise both the profile of the event and the extensive range of seminars to a new level. Since 2018, Viola Ridderbusch has been responsible for the management of the GmbH with great success.

Another important element in Pocha’s work was, and still is, the recruitment of skilled workers for demolition. A significant milestone in this regard was the development of the job description of the construction mechanic for demolition and concrete separation technology. The three year apprenticeship, which has been state approved since 2004, is the first to be tailored purely to the needs of demolition and dismantling. In addition, Pocha has acted as an advisor for various professions in inter-company training for many years.

Focus on the environment and sustainability

Also important has been the consistent ecological orientation that the demolition industry has pursued for more than 30 years through the modern practice of selective dismantling for the extraction of secondary raw materials. The DA was the driving force behind the founding of Qualitätssicherung Sekundärbaustoffe GmbH (QUBA) in 2019. In conjunction with bvse and ZDB, the association was able to gain two equal shareholders. In 2015, the remediation of pollutants required for the extraction of secondary raw materials prior to demolition was included as a division and established its own professional committee on the subject.

A lot has happened in the last two decades of the association’s history. The list of achievements can also include the gradual opening of the association to further business sectors and professional groups such as recycling and disposal companies, or manufacturers and engineers as supporting members, or the recent revision of the association’s magazine Abbruch Aktuell, to name but a few examples. Parallel to the expansion into associated areas, the actual office has also changed. Initially based in offices in Düsseldorf, the team, which has now grown to ten employees and two trainees, has been working under Pochas’ management since 2010 in its own premises in Cologne, which were expanded by one floor in 2020. According to Johann Ettengruber, the success story is far from over: “There are still many goals and tasks that we will be happy to implement with the imaginative, energetic and experienced management of Andreas Pocha.”