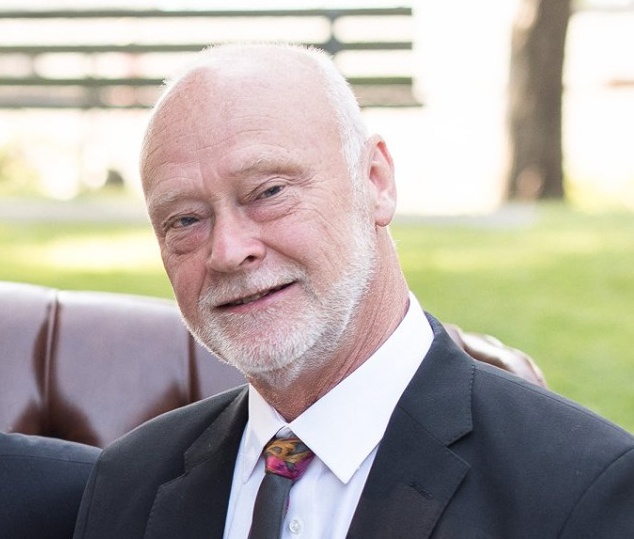 Lars-Göran Nilsson is one of the founders of the company Conjet AB, taking retirement at the turn of 2021. PDi Magazine’s Swedish sister publication, Professionell Demolering, was founded a few years after Conjet AB was formed, and has been able to follow the company's development for many years, especially in the US, where Conjet equipment has become well known.

Nilsson grew up in Härnösand, in the north of Sweden, where his grandfather was an entrepreneur and ran a company with all types of construction machinery including a crushing plant. “My father worked for my grandfather during my early upbringing and I got to follow many workplaces,” he recalls. “Dad later came to work with sales of construction machinery and in that way an interest in the industry was created.”

When the family moved to Stockholm in the mid1960s, Nilsson studied mechanical engineering at high school and studied economics at Stockholm University. At 17, he worked one summer as a mechanic in Doncaster, England, to improve his English. A few years later, he spent a year in the US where he worked for two different Caterpillar dealers in Pennsylvania and New Jersey. In 1980, Nilsson got a job at Berema, a subsidiary of Atlas Copco, where he worked in international sales of motor drills. “Working at Berema was fun and educational and a developing part of my working life,” he says. “I worked largely in North Africa, mainly in Algeria, Tunisia and Morocco, which are Arabic and French speaking countries. To be able to work there, I got help from Berema to develop French by studying for a time in French Aix en Provence.”

In 1985, Lars-Göran participated in an internal development course for employees within the Atlas Copco Group. He then met a future colleague, Nils Biström, who suggested that he apply for a job as product manager for a new technology called hydrodemolition, something he had heard about but did not really know what it was. As it turned out, the Swedish Road Administration’s bridge section realised that they could no longer use traditional jackhammers to remove bad concrete on damaged bridges as they created micro cracks in the concrete. They then sought a new technology that did not damage the remaining bridge structure as the striking methods did. The agency therefore formed a development group consisting of Atlas Copco as machine developer and manufacturer and ABV, which today is NCC, a contractor that could perform the tests that needed to be carried out and actual contracts for bridges that needed to be repaired. That was the origin of the Conjet brand.

Interest in hydrodemolition technology did not grow at the pace that Atlas Copco had hoped for. In 1989, Atlas Copco decided to reduce diversification resulting in the sale of products and lines that had nothing to do with the company's core business. That included hydrodemolition technology. Nilsson and three colleagues - Kent Fahlström, who also worked with Conjet equipment; Carl Strömdahl; and Bengt Grinndal, who worked with a similar product, Aquabrasive - offered to buy the two product lines from Atlas Copco in a management buyout. On 1 January, 1990, Conjet AB was formed.

Initially, Conjet's market was mainly concentrated in the Nordic countries, Italy, Switzerland, the US and Canada. Over the years, the use of water treatment equipment increased in Europe and North America, as well as in Japan and the Middle East. Customers were mainly specialist contractors and it was rare to work with a main contractor. The robots were usually driven by a special team that the company they sold to selected to be responsible for the work. Conjet trained the customers’ operators and after the training they were certified to drive and maintain the machinery.

“In the beginning, we usually sold both robots and pumps,” Nilsson says. “As the technology became known, the pump suppliers themselves offered pumps. In addition, there were already companies that carried out industrial remediation work and that cleaned large industrial facilities in, for example, the pulp industry, and these customers already had pumps. By starting to work with water formation as well, these contractors were able to get a better utilisation rate of their pumps.” This led to an increase in the market, as many pure water treatment contractors began working with industrial cleaning to get a better degree of utilisation of their pumps, especially in winter when water treatment was not as active.

During his 37 years in the industry, Nilsson has met a large number of customers all over the world and has seen many different types of projects where hydrodemolition technology played an important role. He mentions product solutions where they have had to adapt machines with different accessories and where they have also built tailor made machines for customers with specific needs. Many of these customers have become personal friends, adding to the satisfaction of having been involved in developing a machine with a completely new technology.

Now that Nilsson has left his active years working with hydrodemolition technology, the questions arises how does he think water formation technology will develop in the future? “I believe that technology will play a crucial role in the next few years as many concrete surfaces on sensitive structures such as concrete roads, bridges, power plants, quays, parking garages and more need to be renovated,” he responds. “The water formation technique is undoubtedly the best method for this type of work as it does not damage the remaining structure, which is why the service life increases more than double compared to striking methods. In addition, significantly less concrete is used in a repair than in a new building. This is good for the environment as it has been shown that a large proportion of all carbon dioxide emissions come from concrete production.”

Nilsson also stresses the importance of getting the message out to structure owners so that they specify the use of hydrodemolition on their projects. “I know that it works hard for both manufacturers and contractors to get the technology out to more people, so I believe in further growth in the future,” Nilsson says. He also believes that the market will continue to be characterised by specialty contractors, but that more main contractors will invest in the technology themselves.  He states that highway projects also offer an attractive opportunity for growth, as transportation authorities may invest in technology to do their own route maintenance jobs and thus avoid costly, time consuming public procurement that takes time and costs money.

Nilsson has no doubts about the future of Conjet, a portion of which was sold in 2019 to external owners who today lead the company. The number of employees has grown threefold since the sale. The powerful expansion that Conjet is currently undergoing has led to a move to new, larger headquarters and manufacturing facility. “With the new owners at the helm, they have invested much more in all parts of the company, everything from improving the product to increasing efforts in sales and marketing through new recruitment of staff,” Nilsson says, who remains a minority owner and board member of the company. “I follow with excitement the future development that I both believe and hope will develop the company in a positive way.”